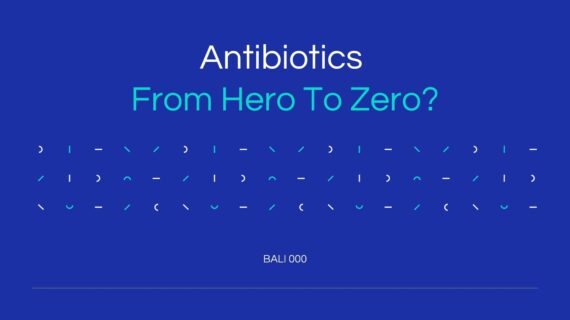 Improper Use Of Antibiotics Can Cause Double Trouble

Everyone knows antibiotics. Not only they who lives in a city, but also everyone in rural place, village they all knows that antibiotics sometimes become their “life saver” when it faces with infection. Nevertheless, society are not well known how to properly using antibiotics. When you feel sick and miserable, and you really wanted to get better faster, you’ll probably thinking antibiotics is the answer. You can’t take antibiotics for all kind of cough, flu or else before the diagnosis and proper diagnostic examination has been done to you by medical doctor. When antibiotics are not needed for your symptoms, actually it will not help you either! Unfortunately antibiotics will cause harm your body.

The History of Antibiotics

The term antibiotics also known as antibacterial, which is a type of antimicrobial substance active against bacteria. It is the most important type of antibacterial agent for fighting bacterial infections, and antibiotic medications are widely used in the treatment and prevention of such infections. Sometimes, the term antibiotic literally “opposing life”, from the Greek roots ἀντι anti, “against” and βίος bios, “life”—is broadly used to refer to any substance used against microbes, but in the usual medical usage, antibiotics (such as penicillin) are those produced naturally (by one microorganism fighting another), whereas nonantibiotic antibacterials (such as sulfonamides and antiseptics) are fully synthetic.1

Antibiotics have been used since ancient times. Many civilizations used topical application of moudly bread, with many references to its beneficial effects arising from ancient Egypt, Nubia, Serbia, Greece, and Rome. The first person to directly document the use of molds to treat infections was John Parkinson.1 In the 1920s, British scientist Alexander Fleming  was working in his laboratory at St. Mary’s Hospital in London when almost by accident, he discovered a naturally growing substance that could attack certain bacteria. In one of his experiments in 1928, Fleming observed colonies of the common Staphylococcus aureus bacteria that had been worn down or killed by mold growing on the same plate or petri dish. He determined that the mold made a substance that could dissolve the bacteria. He called this substance penicillin, named after the Penicillium mold that made it. Fleming and others conducted a series of experiments over the next 2 decades using penicillin removed from mold cultures that showed its ability to destroy infectious bacteria.2

Before long, other researchers in Europe and the United States started recreating Fleming’s experiments. They were able to make enough penicillin to begin testing it in animals and then humans. Starting in 1941, they found that even low levels of penicillin cured very serious infections and saved many lives. For his discoveries, Alexander Fleming won the Nobel Prize in Physiology and Medicine. It was used widely for treating soldiers during World War II, curing battlefield wound infections and pneumonia. By the mid- to late 1940s, it became widely accessible for the general public. Newspaper headlines hailed it as a miracle drug (even though no medicine has ever really fit that description).2

Antibiotics From HERO to ZERO

Antibacterials are specifically designed to treat bacterial infections. When it used in proper right time, they can cure many infections or even life threatening illness. This recent worldwide concern is antibiotic resistance. Can you imagine if we are get infected by bacteria but in the end we cannot survive without being noticed we couldn’t get help because the bacteria had already resistance for some of antibiotics that usually we used.

Do you know what is Resistance of Antimicrobial mean?

Antibiotic resistance occurs when bacteria change in response to the use of these medicines.

Bacteria, not humans or animals, become antibiotic-resistant. These bacteria may infect humans and animals, and the infections they cause are harder to treat than those caused by non-resistant bacteria. Antibiotic resistance leads to higher medical costs, prolonged hospital stays, and increased mortality.3

Can you imagine how many infectious diseases in this world? And by the time, we cannot put our hope in antibiotic anymore because of this. WHO said Antibiotic resistance is rising to dangerously high levels in all parts of the world. New resistance mechanism are emerging and spreading globally, threatening our ability to treat common infectious disease. A growing list infections such as pneumonia, tuberculosis, blood poisoning, gonorrhea, and foodborne disease are becoming harder, and sometimes impossible, to treat as antibiotics become less effective.3

Data from CDC about Antibiotic Resistance threats in the US 2019 reported more than 2.8 million antibiotic-resistance infections occur in the US each year and more than 35.000 people die as a result. In addition, 223.900 cases of Clostridioides difficile(a bacteria which transfer into human gut and passed in the faces and spread to food, surfaces and objects when people who are infected don’t wash their hands thoroughly. If you touch a surface contaminated with C.defficile sproes, you may then unknowingly swallow the bacteria) occurred in 2017 and at least 12.800 people died.5Drug-resistant infections are already estimated to kill at least 700.000 people a year, and could kill 10 million people a year by 2050 if left unchecked.4 WHO reported the rate of resistance to ciprofloxacin, an antimicrobial frequently used to treat urinary tract infections, varied from 8,4% to 92,9% in 33 reporting countries.6

WHO is concerned that the trend will further be fueled by the inappropriate use of antibiotics during the COVID-19 pandemic. Evidence shows that only small proportion of COVID-19 patients need antibiotics to treat subsequent bacterial infections and the Organization has issued guidance not to provide antibiotic therapy or prophylaxis to patients with mild COVID-19 or to patients with suspected or confirmed moderate COVID-19 illness unless there is a clinical indication to do so.6

WHO Recommendation to Prevention and Control Antibiotic Resistance

To prevent and control the spread of antibiotic resistance, individuals can:

To prevent and control the spread of antibiotic resistance, health professionals can: