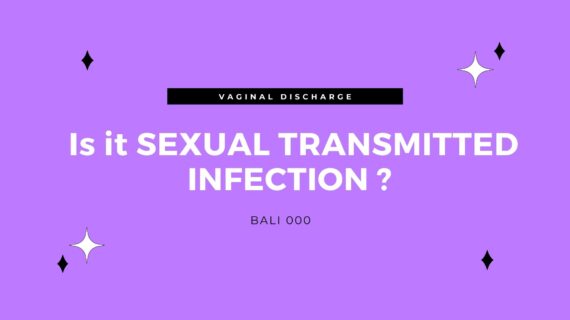 Vaginal discharge is caused by non-sexually and sexually transmitted infections. If you still don’t know about the difference between normal and abnormal miss V discharge, here I wanted to share with you all. The term vaginal discharge is often used by patients to refer to any genital discomfort.1

Normal genital secretions are a mixture of transudate (is fluid buildup caused by systemic conditions that alter the pressure in blood vessels, causing fluid to leave the vascular system)2 through mucous membranes, secretions from gland cells, and desquamated(commonly called skin peeling, is the shedding of the outermost membrane or layer of a tissue)vaginal epithelial cells. Both the amount and consistency of cervical secretions and the desquamation of epithelial cells are hormone dependent and may increase during ovulation(when a mature egg is released from the ovary), premenstrually, with pregnancy, or with the use of oral contraceptives. Normal discharge is asymptomatic except for occasional complaints of excessive secretions.1 A physiologic discharge is usually clear to white, nonadherent to the vaginal wall, and pooled in the posterior fornix (The posterior fornix is the larger recess, behind the cervix. It is close to the recto-uterine pouch.)3. It can appear nonhomogenous with clumps of desquamated epithelial cells. It has a pH of less than 4.5, no offensive odor, and an abundance of epithelial cells on saline microscopy. (Women with copious amounts of desquamated cells who are otherwise asymptomatic are often those who present frequently with “recurrent vaginal discharge.”)1

We conclude that normal physiological vaginal discharge is a white or clear, non-offensive discharge that can vary over time. It is thick and sticky for most of the menstrual cycle but becomes clearer, watery, and stretchy for a short period around the time of ovulation. It is heavier and more noticeable during pregnancy, with contraceptive use and with sexual stimulation. It decreases in volume at menopause due to fall in estrogen levels.4

The abnormal vaginal discharge is characterized by change in color, consistency, volume, and/or odor and may be associated with symptoms such as itching, soreness, dysuria(painful or difficult urination), pelvic pain, or intermenstrual or postcoital bleeding.

Noninfectious causes of vaginal discharge include atrophic vaginitis, foreign body, malignancy, contact dermatitis, or other mechanical or chemical irritation. An intrauterine contraceptive device can sometimes cause vaginal discharge related to chronic irritant cervicitis(an inflammation of the cervix, the lower, narrow end of the uterus that opens into the vagina) or endometritis(is a condition where tissues similar to the lining of the womb starts to grow in other places, such as the ovaries and fallopian tubes).

Bacterial vaginosis will be the diagnosis in 40 to 50% of women presenting to office practices with vaginitis. Most recently it has been called Gardnerella, after its associated organism.

Gardnerella is a short, gram-negative to variable bacillus that may be a colonizer in the vagina. It is controversial whether Gardnerella itself produces the signs and symptoms of the disease or whether its symbiotic relationship with vaginal anaerobes is necessary to produce the characteristic gray, homogeneous, malodorous discharge. The disease is limited to sexually active women, but clear evidence for sexual transmission is lacking, and the need for treatment of partners is unclear. Diagnosis is made by laboratory methods.

Candida vaginitis, or “yeast,” occurs less frequently than patients or physicians believe. In one group of self-referred women who offered to be part of a study on chronic recurrent yeast infections, only 50% were found to have Candida vaginitis. When it occurs, the offending pathogen is usually Candida albicans. Again, it is controversial whether this is a normal colonizer of the vagina. Its pathogenicity is not related to its concentration in the vagina; small amounts can cause excruciating symptoms. Normal bacterial colonization has been thought to be important in the defense against Candida infection; for example, some lactobacilli inhibit the growth of Candida. However, women with Candida still have predominant lactobacilli on gram stain of vaginal fluid. This belief in the efficacy of lactobacilli has led to the home remedy of yogurt containing lactobacillus, used intravaginally with an applicator or as a douche, for treatment of vaginitis. Sexual transmission has not been proven to be important in most cases, although treating male partners may help in recalcitrant cases. Host factors (e.g., recent antibiotic treatment, pregnancy, oral contraceptives) all predispose to yeast infection. It is not known why pregnancy and use of oral contraceptive pills predispose to yeast infection. Diabetes mellitus out of control facilitates yeast growth in the vagina, but most women with recurrent yeast do not have diabetes. Women with diabetes are at risk for all forms of sexually transmitted diseases and must be examined and treated appropriately.

Candida vaginitis has the most characteristic with pruritus being the most prominent symptom, often with sparse or no discharge. The discharge, when present, may resemble cottage cheese. Erythema and swelling of the vulva and vaginal walls are marked. Diagnosis is suggested by history and confirmed by physical examination and laboratory lab test for vaginal specimen culture. Trichomonas vaginalis is a protozoan that grows well at a pH of 6 and has role in sexually transmitted disease.  However, it is a common organism often found asymptomatically in sexually inactive postmenopausal women. It can be associated with other sexually transmitted diseases, especially gonorrhea. The ectocervix may be involved, with punctate hemorrhages producing the typical strawberry cervix, but this is seen only 2 to 5% of the time. Discharge may be gray or greenish yellow and is not usually frothy, but is usually excessive. Occasionally wet-mount examination of vaginal discharge yields only white blood cells with no evidence of trichomonas or of mucous from the cervix. These women are usually at low risk for sexually transmitted diseases. Cervical ectopy with inflammation, rather than infection, may be the cause. Over-the-counter douches, scented toilet paper, and contraceptive products are some of the more common etiologies for local irritation and contact dermatitis. Forgotten diaphragms and tampons must be looked for with malodorous discharges. Postmenopausal women with atrophic vaginal mucosa may develop a watery, irritating, sometimes malodorous discharge secondary to local irritation, especially from intercourse. This may be mixed with blood, and can be mistaken for postmenopausal bleeding. Cervicitis has been a poorly defined term used to refer to a variety of conditions including a pathologic diagnosis, cervical ectopy, and true cervical infection. It is to be hoped that the expanded interest in sexually transmitted diseases will lead to more precise criteria for its use. At present, the most important infectious cervical pathogens that can produce vaginal discharge include N. gonorrhoeae, C. trachomatis, and herpes simplex.

Vaginal discharge serves an important housekeeping function in the female reproductive system. Fluid made by glands inside the vagina and cervix carries away dead cells and bacteria. This keeps the vagina clean and helps prevent infection. Most of the time, vaginal discharge is perfectly normal.6

If you find out something unusual with those discharge especially with changing in color, consistency, volume, and/or odor and may be associated with symptoms please do check up to your doctor.