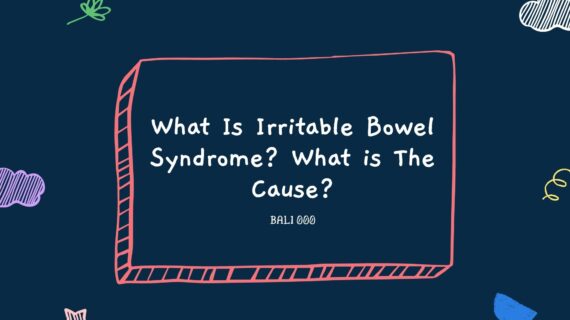 What is Irritable Bowel Syndrome? Is this just simple constipation? But I got this for such a long time. As you can say, I’m living with this gut. Alright, you might not really worry about your constipation, because you are living with this condition in a long term period 6-7 years.

But do you know that constipation might be linked to one of the symptoms of Irritable Bowel Syndrome (IBS)? Yes, it’s linked. For mine, I am also a post IBS’s patient, and not knowing this diagnosis for about almost 7 years. So, In this month this IBS awareness month, so I loved to share this information for all of you so you can be more aware and go get your medical check up if you possibly get the symptoms of IBS.

Also Read Fact About Baldness That You Must Know!

What is Irritable Bowel Syndrome (IBS) ?

Irritable bowel syndrome is a common medical condition characterized by chronic, recurrent, abdominal pain and discomfort, and altered bowel habits that occur in the absence of other organic gastrointestinal (GI) disease.1 IBS is the most common reason to visit a gastroenterologist and the second most common reason, after common flu, to be absent from work.1 Usually, women are more commonly affected than men, in ratio of 2:1, and the peak of the disease often starts in early adulthood.2 In general, patients are evenly distributed among 3 subtypes diarrhea-predominant [IBS-D], constipation-predominant [IBS-C], or mixed [IBS-M].

The underlying cause is still being defined but is thought to be multifactorial.1

One of the most common factors causing symptoms in IBS patients is food intolerance.6 They believed that specific types of food trigger their symptoms. Foods that contain fermentable oligosaccharides, disaccharides, monosaccharides and polyols  (FODMAP) are known triggers that worsen IBS symptoms because of their osmotic and fermentation effects.7

Enteric infection known as post-infectious IBS6 and usually occurs after an acute bacterial, viral or protozoal gastroenteritis, when around 20% of patients will develop symptoms of IBS.9 The groups of pathogens that lead to IBS symptoms are still unknown, but colonic spirochetosis  was linked previously with colonic eosinophilia , lymphoid follicles, and IBS-D(IBS Diarrhea).10,11

Up to 75% of patients with IBS symptoms usually have coexisting or depression.10 One study that compared anxiety and depression levels in IBS patients and healthy individuals found that the activity of the dorsolateral prefrontal cortex  in IBS patients was dysregulated in behavioral selection duties.12 Norepinephrine  production by stressful stimuli appears to enhance the growth of many intestinal pathogens, including Campylobacter jejuni13, Escherichia coli (E.coli) and E. Coli 0157:H7, with activation of the HPA axis.14 It appears that this stress stimulation also affects the non-pathogenic bacteria, such as Lactobacilli and Bifidobacteria, promoting even more invasion from other potential pathogens.15

IBS patient assumed have altered microbiota in their intestines.16 Observation from a study in 110 IBS patients show that patients with IBS have different intestinal microbiota.17

Lactobacillus and Bacteroides species, known beneficial bacteria, are also depleted, while the number of pathogenic bacteria, such as Streptococcus spp., are increased.18 In a study of IBS patients with abdominal pain, the investigators observed that patients with pain had 5 times smaller amounts of Bifidobacteria in their intestines.19

Inflammatory Bowel Syndrome is a disease that is manageable. The cause IBS is multifactorial and not completely elucidated. The initiation of treatment of IBS starts with identifying the severity and predominant symptoms of the disorder. If symptoms do not significantly affect quality of life, management with lifestyle modification and education is a reasonable choice. Treatment is based on a trial of lifestyle changes and symptom management. The low FODMAP diet and exercise should be recommended for lifestyle changes. Pain and bowel cramping can be treated with antispasmodics  and peppermint oil, tricyclic antidepressants , counseling, probiotics, or a trial of rifaximin.1